The last book I read this summer was Ready Player One, by Ernest Cline, and video games played an essential role throughout the story. Games are engaging, fun and (mostly) social, and because of that, they can be a particularly good tool to help people learn. When a game is developed to be fun but also have an educational element to it, they are often called “serious games.” 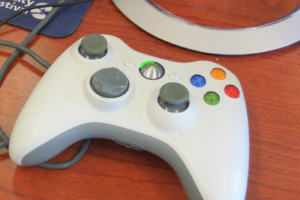 My colleagues and I recently published a review of research studies that used serious games to help kids and teens better manage their chronic illnesses. One of the most compelling findings was that the games and studies that encouraged some sort of interaction by a parent had more positive impacts than games that didn’t involve a parent.

We hypothesized that the discussions that parents might have had with the child after game play could have contributed to bigger “dose.” Meaning that the messages from the game continued to be important to the users after they were finished playing the game.

(You can read the news coverage of the paper we published here: https://comartsci.msu.edu/research-and-creative-work/researchers-review-serious-gaming-help-children-chronic-illness)

This review of games examined only studies that have been published in academic literature, which can take several years to get out. So none of the papers looked at mobile phone games.

Games for health on mobile phones may not be that fun or engaging (yet), but they are coming. So, how can this help you now? One suggestion includes engaging the kids where they are at. Ask them about the game they are currently playing. What is the purpose of the game? Ask them how to play. You could also download the game and try to play it yourself and tell them about your experiences.

What games are your kids playing? Do you play with them?

This entry was posted in Blog. Bookmark the permalink.

MyT1D Hero Gang by Bree E. Holtz is licensed under a Creative Commons Attribution 4.0 International License.
Based on a work at myt1d.org/wordpress.